The Prague Philharmonic Children's Choir has several divisions, which follow on from one another. It thus essentially functions as a school of choral singing. The Kühňátka division is for the youngest children, from age 4; the children also learn how to speak well. The children then advance, in keeping with their age and maturity, through the further preparatory divisions, where they learn the basic skills of singing and music, and later the basics of music theory. The concert choir is the most demanding, but children are rewarded by a large number of concerts, tours abroad, theatre appearances and other activities.

Rehearsals once a week in Holešovice, Vyšehrad and Stodůlky 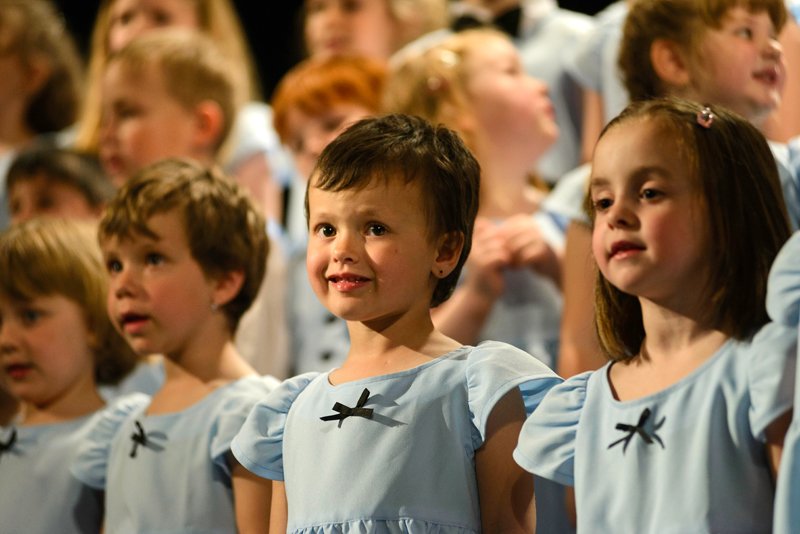 In the Kühňátka (in translation "little Kühn kids"), preschool children learn basic singing habits and skills. They develop their musical memory, perfect their articulation, practise intonation, rhythm and speech exercises, movement, simple children's songs and games. The aim of the division is to develop the children's enthusiasm for choral singing and their love of music, and to make it easier for them to enter the younger preparatory divisions.

In the preparatory choirs, the children learn basic singing and musical habits and skills (posture, breathing, intonation, proper articulation, reacting to the conductor). They also gain important practical experience and the necessary self-confidence, both from independent concerts and from appearances in opera productions. 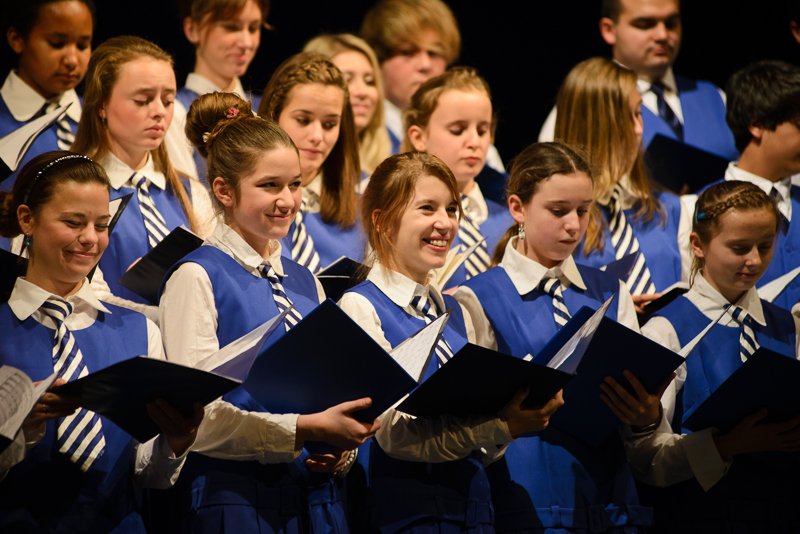 The concert division takes children with marked musical and singing talent and the necessary personal qualities, usually after they have successfully participated in the preparatory divisions. In the case of exceptional talent, children may be enrolled from the age of 9. This division represents the Prague Philharmonic Children's Choir in opera productions at home and abroad. Each year it undertakes dozens of concerts and concert tours. Study focuses on a more demanding repertoire from various stylistic periods, both from the Czech Republic and abroad. Special attention is devoted to the perfection of singing technique, including individual voice training, the deepening of musical feeling, phrasing ability, dynamic variation and rhythmic precision. The concert division has approximately one hundred members, up to an age of around 20.